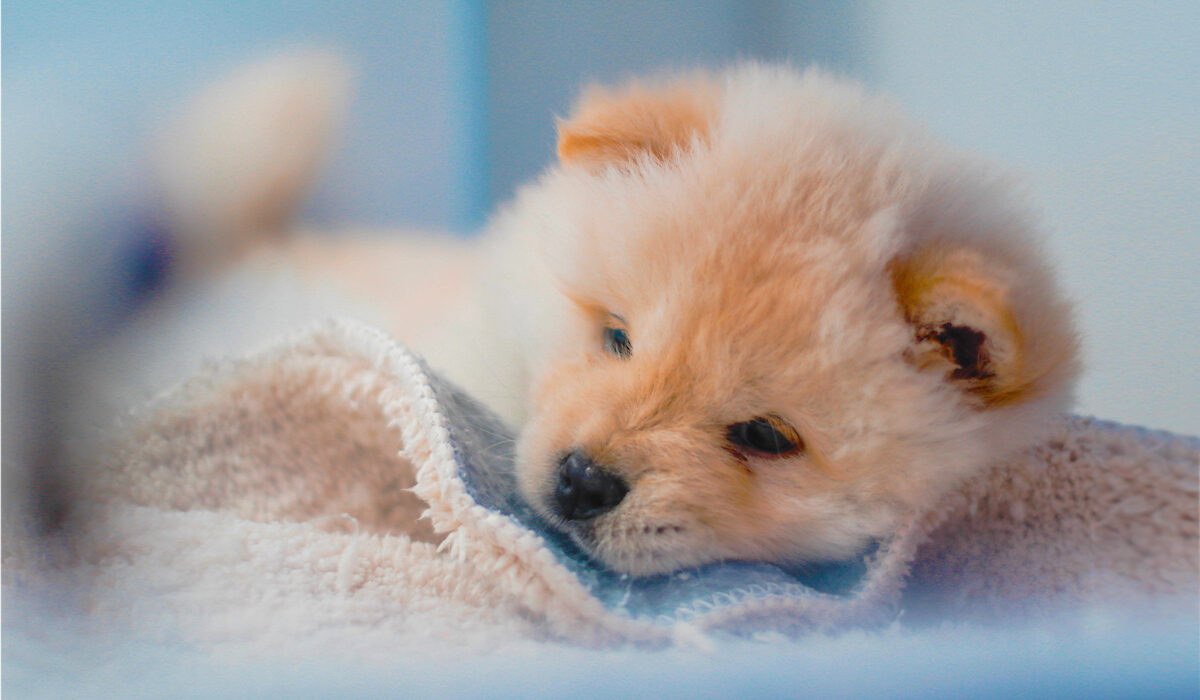 Looking for the best tips for training a puppy so that it grows into a mellow dog?

Or maybe you just want to make sure your dog doesn’t become aggressive as he grows up?

Either way, we’ve got you covered!

Today, we’re going to talk about what to do (and NOT do) if you want to set the groundwork for a mellow dog!

Let’s check it out!

TRAINING A PUPPY THAT GROWS INTO A MELLOW DOG

My dog and I go for walks in the dog park almost every day, so I often overhear people complaining of their pets’ behavior:

Sometimes I get very frustrated at such remarks because some owners still not get it that their pets’ behavior is the direct results of their actions or inactions.

A dog doesn’t bite, growl, or act aggressively on a whim. There is always something going on – an illness, behavior problem, or inappropriate training.

However, rarely one wants to have an aggressive dog or a dog that turns the house into a mess, right?

If you’re reading this article, you’re one of those owners who want to do the best for their puppy.

Many articles focus on how to welcome the puppy home or how to house train him, but I’ll look at the problem from another angle.

So, today we’re going to talk about seven tips to raise a mellow dog.

Don’t ever listen if anyone tells you that a puppy won’t need obedience training. They don’t know a thing about dogs.

Obedience training is not just about teaching the impressive tricks you see dogs perform on TV.

It’s essential for the well-being of your dog and for establishing your role as the pack leader – the one your pooch has to obey.

What’s also important is your attitude.

If you project a calm and relaxed manner, your pet will mimic your behavior and grow to be a friendly, confident fellow. You can help things along by rewarding the puppy when she is calm.

The most important job you have as a puppy owner is to make sure that your cute pooch is exposed to different people, objects, scenes, and so on.

It’s a period where the puppy is still curious about the surrounding world and not suspicious of new things and experience.

It’s a crucial moment of the dog’s development because an unsocialized dog might be terrified of trivial objects like trash cans and or react badly towards people wearing hats, for example.

Also, socialization is necessary if you want a puppy to get along well with kids, other dogs, and cats.

It’s not uncommon for people choose a “fashionable” dog breed, only to give it away a couple of months later because they can’t handle it. Or they end up with a dog out of control and doing whatever it wants.

It’s important that your puppy know that it won’t be a 24/7 fun in your home and that there will be periods of time when she would be on her own.

Otherwise, you’ll have her running around the rooms all day and night and whining/barking when you leave the house.

That’s where crate training comes into the picture.

The crate will be a den for your puppy where she can nap, rest and hide from the hustle and bustle of the rest of the house.

You will send the puppy to his “den” when you see that she is getting overexcited and teach her to “chill.”

Young puppies often bite during play time because they are used to playing rough with their siblings.

However, this is not a trait you should encourage.  So, if you want to train your dog to be mellow, you need to teach Lola bite inhibition.

For example, when Lola bites you, give a loud shriek and stop playing with her. She will come to understand that biting equals no playing and will eventually stop doing it.

# 6 DO NOT ENCOURAGE GUARDING

People often think that a puppy growling over a toy or a food dish is “cute.” Well, it won’t be so adorable when Lola grows up and continues to protect her “stuff” fiercely, right?

You have to put an end to any guarding behavior you observe as soon as possible. Teach your puppy to “trade” the guarded object for treats or get help from a professional.

A bored dog is a dog very likely to get into trouble. But a tired dog is a happy, mellow pooch, who won’t make a racket during the night.

Make sure that you’re providing plenty of physical and mental stimulation during the day so that Lola is not a ball of energy when you return home.

Raising a puppy is such a big responsibility, similar to raising a child.

Your actions determine what kind of a dog your puppy will grow up to be.

In some cases, genetics does play a role, but as long as you bring a puppy properly and take the appropriate measure to counter any unwanted behavior, you’ll raise a mellow dog content with her life.